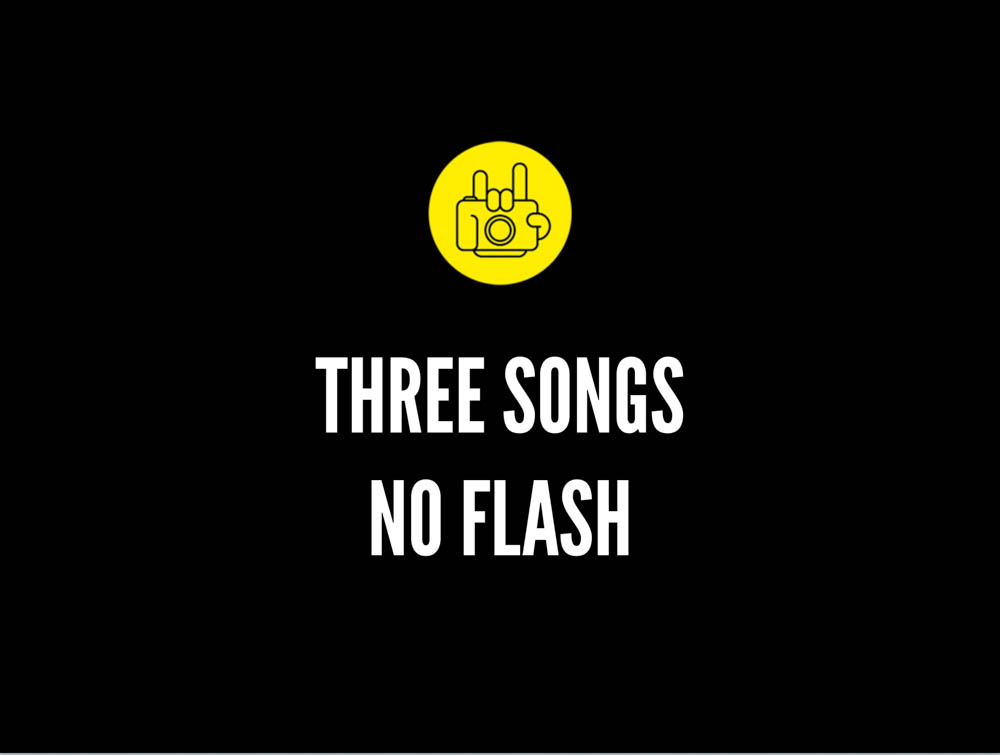 Not all photographers were legit, some were hobbyists, others might have never shot a concert before.  Most did this in order to get into the concert and see their favourite band or musician. So with this in mind some control was needed.

The rule of a time limit was introduced by giving photographers 15 minutes at a time. As with most songs being approximately 5 minutes or less, it was decided that they should only be allowed to photograph the first three songs. The band then could continue with their performance without the hindrance, annoyance, or distraction of concert photographers. Also, some musicians are very active on stage, so they wanted to get captured at their best, rather than sweaty or tired.

The rules are simple and MUST be followed or you may be thrown out of the venue. When you are provided a press accreditation (photo pass) for an event to shoot in a photo pit, you already know you are only allowed the first thee songs for each performance. There are exceptions to the rules, but this is only given in special circumstances e.g when working directly with bands to shoot the whole concert.

Stay within the rules and you will have an awesome time!