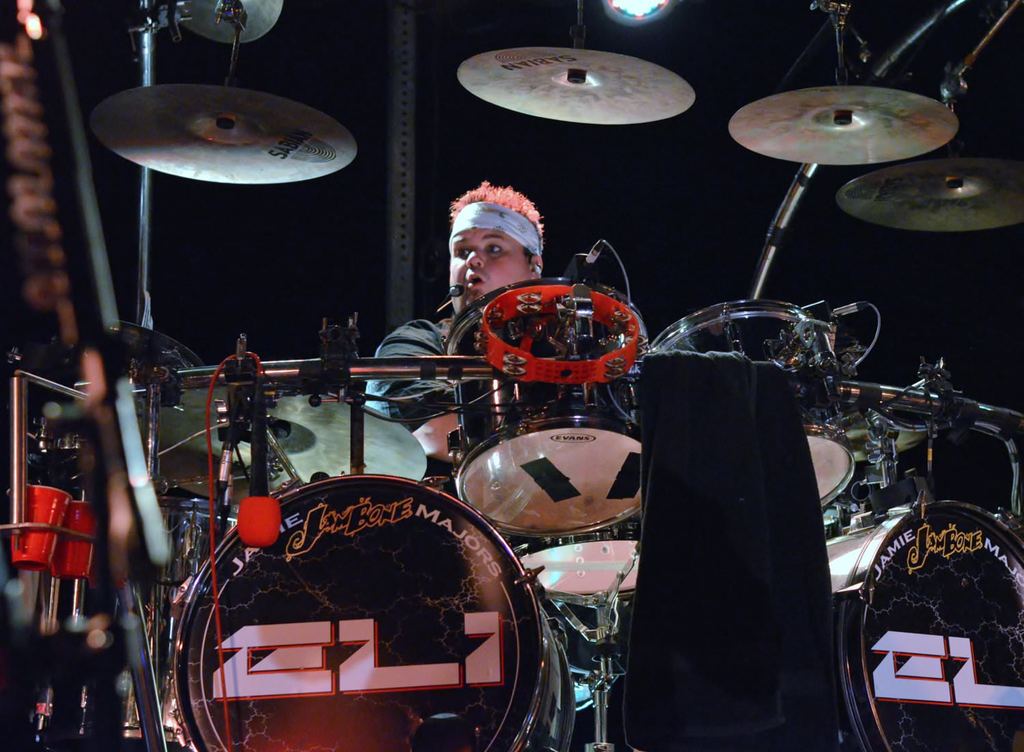 I “stumbled” upon your website while searching for tips on low light photography. Finding yours specific to concert photography was a bonus indeed for me as a music photographer beginner and to purchase your Beginners Guide To Concert Photography was a no-brainer!

I was actually searching because I had been invited to take some photos of a local band whose members I am personal friends with. They have been playing locally together almost 50 years now and are quite popular in the area. They happened to be playing a venue very close to where I live that very evening and one of the guys asked me to come and bring my camera. How could I not say yes?

This would be the very first time I would be shooting them, too! So, having agreed to go, I began to get a feeling of anxiety of all things as a music photographer beginner!  You see, although I have some experience shooting concerts, it had been some time since I had done so. I’ve never really considered myself to be a professional photographer in the first place. It’s a hobby. The love of music and the folks that share their talent I’ve come to know over the years is what I enjoy the most. I’ve been lucky to have taken some really good shots along the way but, mostly, not so good. Especially in low light conditions! 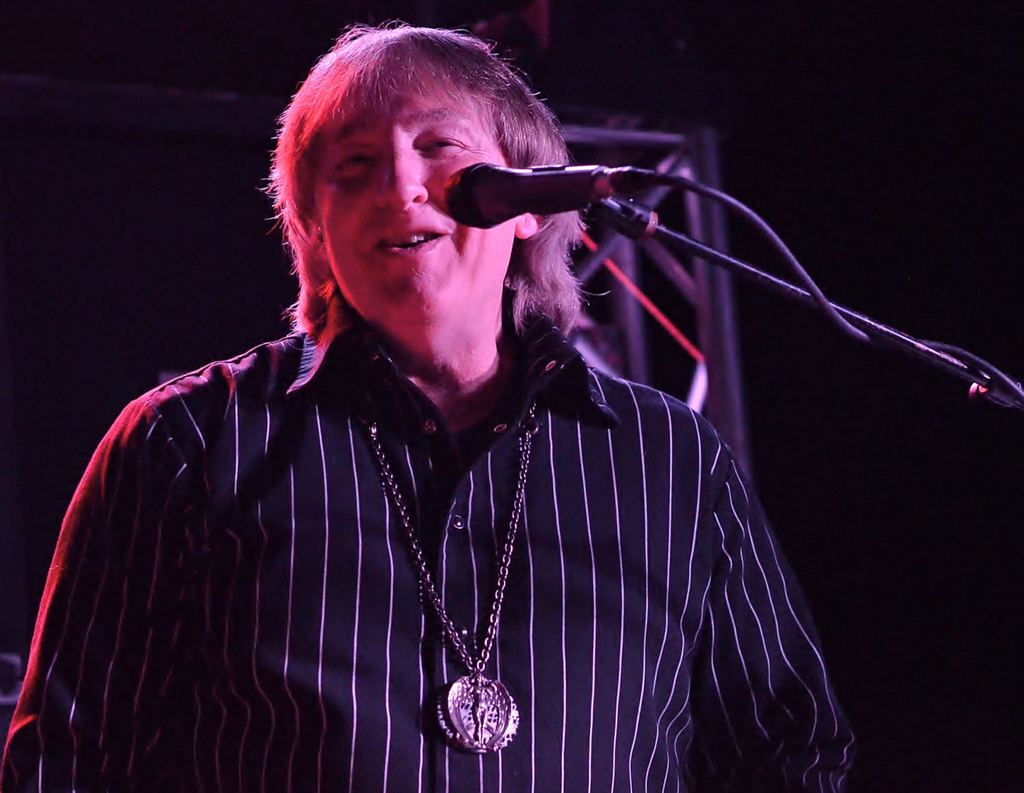 It’s never really “clicked” for me and a source of frustration!  The lack of confidence and technical knowledge began to feed my anxiety to the extent I came very close to making an excuse not to go to the show for fear of disappointing not only myself but, mostly, the band!  Finding your site was a Godsend, man! I went through your Beginners Guide To Concert Photography course three times during the day studying your recommendations for lenses, settings with camera in hand and made mental notes of everything else you so expertly described throughout the course. My confidence rose! I got this! I’m going to a show to shoot some pictures!

First thing I did was drive over to the venue, as I was not familiar with it, well before time for the 9:00 pm show. It was still daylight and the crew as setting up the stage. This band has their own tractor-trailer rig to haul their equipment. They have a lot of it, too! The stage was outdoors and uncovered with a relatively small area out front for the crowd to view from. Much too small an area for the crowd that is sure to be there, I’m thinking! This won’t be easy at all were my first thoughts. Took some mental notes of where I’ll try to get when the show begins.

Lucky for me, the band shows up for a sound check! Dummy me didn’t bring my camera, though!  Made mental note: Never ever do that again!  Anyway, I pumped a few hands and chatted with the guys. They were happy to see me and glad I was coming to the show! Oh God, now the pressure is on. Breath deep and count to ten! Focus, man, focus! I stayed for the sound check, saw where each of them would be; two guitars, a bass, a keyboard, drums and a front man! I say, “Later, guys! I’m looking forward to the show!” It’s now time to go get ready in four hours until show time!

I also plan on shooting in full manual mode…another first time for me!

It’s now 6:30 pm and the sun is low in the sky. I’ve planned to arrive two hours early and have gone over my checklist. My gear consists of a Nikon D5100, a Nikon 50mm F/1.8 prime and a Tamron 17-50mm F/2.8 wide angle zoom, 3 charged batteries, 2x 32gb SD HC cards by Transcend and my Cotton Carrier camera harness. (Read more about the best gear for music photographer beginner on a budget here). My camera is preset to normal quality .jpeg, auto white balance, 1600 ISO, single frame release mode, and matrix metering. I have never used the 50mm lens for concert shooting before but decided to give it a go based on your recommendation. I also plan on shooting in full manual mode including aperture, focus and shutter speed control…another first for me! What the hell! You only live once, right? (read more about my must-have camera settings for music photographer beginner here.)

So I get there and the parking lot is bare! Cool, I can park up front and close. I go inside and pay the $10.00 cover, which I didn’t mind at all, and head out back to the stage. No one but the crew and the sound guy were there. The sky was in twilight and the stage unlit except for the skins on the twin bass drums. They were lit up in a dim greenish color with the band’s logo on them. I pull out my camera and walk up to the stage to get a shot.

Whoa! I’m way too close to get all of the drum set framed! So I back up about 5 feet before I can! Now I start to panic! Those 5 feet of space is going to be filled with fans when the show begins! This is not going to be as easy as I had envisioned but told myself to just do the best you can. Just get up there where you need to be, apologize to anyone you block, get the shot and move out! So, I take a couple of shots and go to a lighted area to look at them. Not bad and better than expected really! I noticed shutter speed was set to 1/250 and ISO 1600. Ok, this will be a good place to start, knowing it will likely need changing!  Let the show begin! 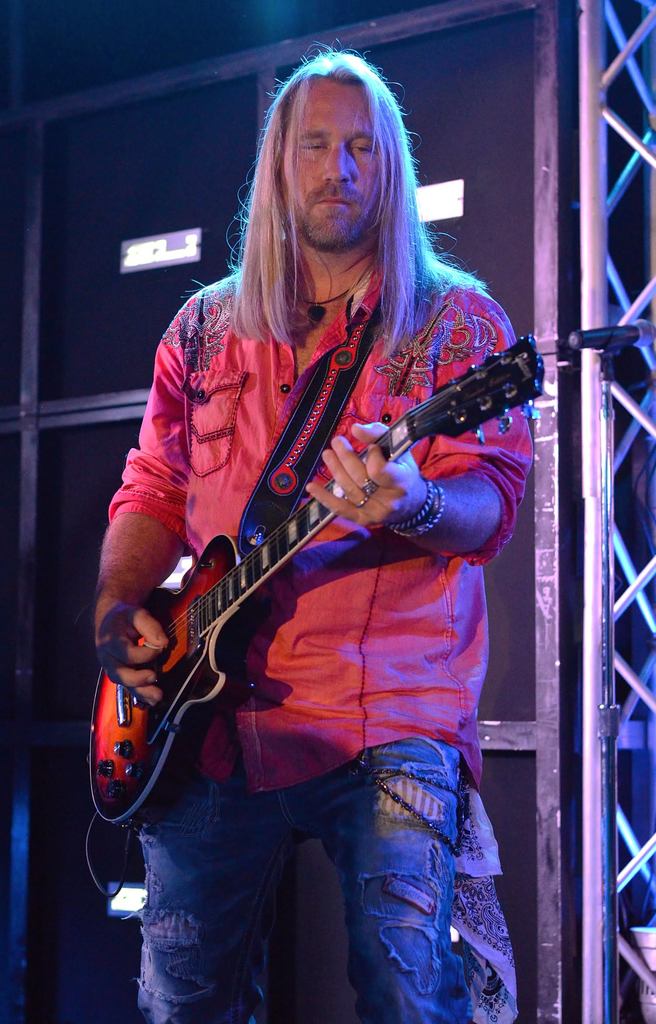 “Excuse me.” “Pardon me” “Camera coming through!”

At 9:25 pm the band walks up on stage and I am left of center up close! Too close! The crowd is large by now and I’m caught up in the tsunami as it moves toward the stage! Now I’m pinned against the stage and nowhere to go! So I just start shooting from where I stand. There’s the front man above me, two guitars to the left and an elevated drummer to the rear of the stage… whom I can’t see at all.

I shoot many from this position and then start trying to make my way out. “Excuse me.” “Pardon me” “Camera coming through!”  Finally made it to the right of center stage and took shots of the bass player, keyboard player and drummer whose face I could finally see!

I had viewed a few of the captures and had made some changes to shutter speed and ISO settings during all of the commotions, but honestly, not really comprehending what I was changing, nor to what effect it would make to the photo itself. I was caught up in the moment of it all. As the night progressed I began to feel as though I had at least captured some images worthy of sharing with the band…at least I hoped that I had as a music photographer beginner.

By the third set, I was worn slap out! The band was on a roll and crowd was really into it! (Read really drunk here!) They never dispersed much either and I was pretty much fighting for position the remainder of the time I was there. Don’t know why I never considered changing lenses, either, but I didn’t! I had 83 shots on the card and fought for every one of them. Not to mention the fact the band pretty much stood in the same spot the entire time so there didn’t seem to me much more of a variety to choose from.  And I was exhausted! At 64 years of age, it seems I just can’t hang like I used to! I bid the guys goodnight after their third set and drove home satisfied I had given it my best shot! 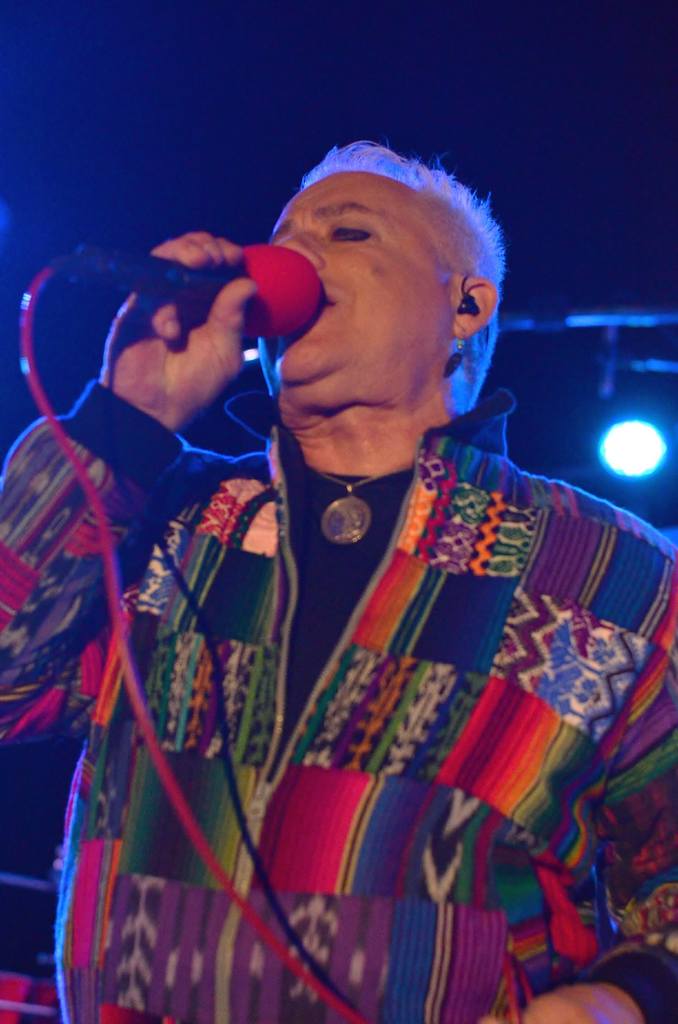 I really did surprise myself!

Post editing the next morning revealed the fruits of my labor. Not surprisingly, there were the usual, easy to toss, extremely poor quality photos that jumped out right away! I’m sure you know what I mean as a music photographer beginner!

More surprisingly, to me anyway, were the number of quality captures I managed to somehow grasp despite the hard fought battle in the trenches! I really did surprise myself. I chose 20 and then 10 to work with.

Now here, I must confess, my editing skills are mediocre at best and I do not own any quality software at this time. I’m still looking. I did have Elements at one time but never excelled in using it. Then it became compromised somehow and had to delete it altogether.

So all I have to work with now is, don’t laugh, Windows Live Photo Gallery. That said, I went to work using the basics offered and managed to get the results I felt would not totally embarrass myself sharing with the band. Are they perfect? Not by a long shot! Could they be better? Absolutely!

I sent each member of the band copies of the chosen photos. Within the hour they all responded with kind accolades and thanks for my being there with them. One of the guys continues to use one as his new profile picture on Facebook! All said I was welcome to come to their show anytime!

That alone means more to me than I have words to describe!