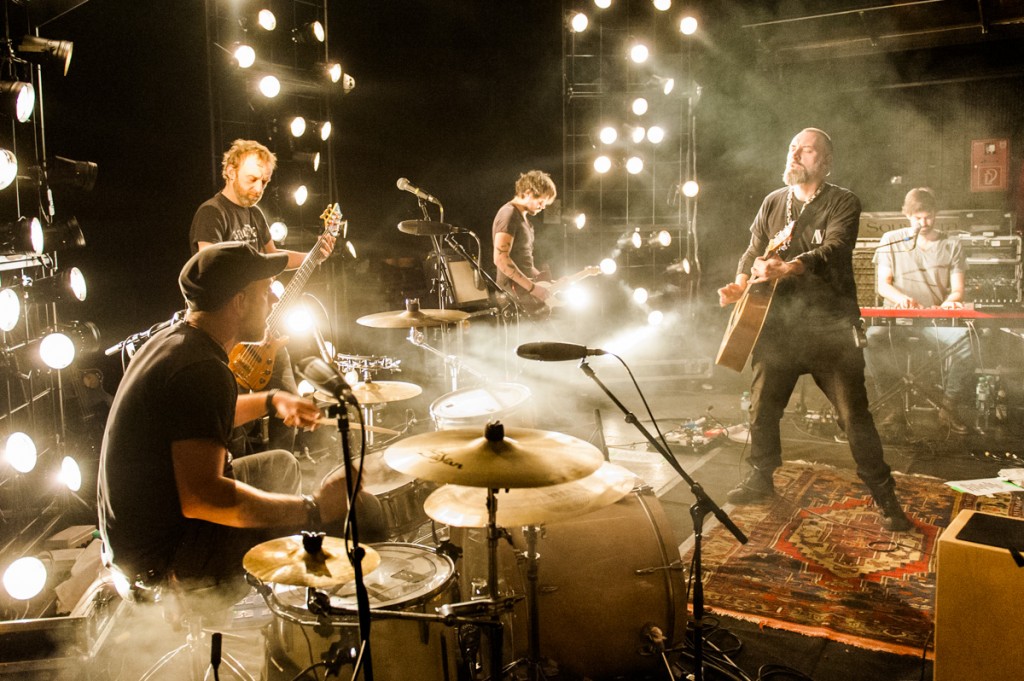 I worked with Fink several times over the last 3 years and it’s been a fruitful collaboration. In this blog post, I’ll talk about the different projects I was involved in with Fink over the last few years and about my adventure joining them on their latest tour.

Fink and the beginning of a great collaboration

A friend of mine asked me if I wanted to shoot the Fink concert for his club in Vienna a couple of years ago. I had never heard of Fink before. Wikipedia told me that Fink, aka Finn Greenall, is a producer/DJ who had recently started making a career as a singer/songwriter. Not only is he the co-writer of Amy Winehouse’s song „Half time“ and has collaborated with John Legend on the song „Move“ for the “12 Years A Slave” soundtrack, but his music has also appeared in TV series such as „The Walking Dead“ and „House of Lies“. I listened to some tracks on YouTube and was immediately hooked by their atmospheric sound.

When they started their show in the WUK, I had the feeling that Fink were going to perform something special on stage, that evening in 2012. They had a unique stage lighting concept designed by 59Productions (also responsible for the design of Jonsi’s Go Do World Tour) which consisted of hundreds of table lamps mounted on a steel frame. The band was half surrounded by this construction, making the stage look like a spaceship from the near future. For a concert photographer it was the perfect foundation to get some awesome shots of the show. I was pretty certain that there would be enough light on stage to shoot at low ISO’s. However, I soon found out this wasn’t the case as soon as I started taking photos. Using ISO 6400, an aperture of 2.8 and a shutter speed of 1/125sec proved me dead wrong. Backlighting, together with a lot of fog on stage, made it difficult to get the shots I was hoping for. For the first 3 songs, I tried to capture the moments on stage as best I could and fortunately got a few great shots. After I left the photo pit, I watched the whole concert which marked the start of Fink becoming one of my favorite bands.

Two weeks later, I got a phone call from their manager in the UK. He told me that the band was so impressed by the concert pictures I took in Vienna, that they would love to use one of my photos for the booklet of their upcoming live album “Wheels Turn Beneath My Feet”. I totally freaked out! It had never happened to me before that a band manger had called me and asked for permission to use one of my photos. I was still a beginner in this field of music photography, but I was aware of the business side and we worked out a deal that worked well for both myself, as a photographer, and Fink, as an artist. Some months later, I received the album „Wheels Turn Beneath My Feet“ with a note „Sent with best wishes from Fink“ in it. I opened the booklet and there was my photo, on page 30 – my first album publication!

In 2014, they released their acclaimed album „Hard Believer“ and played in Vienna again. I got in contact with Tim (drummer) and we arranged for me to shoot their entire show that evening. Additionally, I held my first „How to Become A Rockstar Photographer“ Workshop and participants got the exclusive chance to shoot the first 3 songs of the Fink concert with me from the pit. Fink used an updated version of their stage lighting system. Depending on the size of the venue, they can easily adjust the steel frames to their needs. The lighting conditions were quite challenging again, but I guess that’s the best way to learn concert photography! This time, I also had the great opportunity to have stage access for the whole show which changed the game completely. Having no restriction from a band is the best thing that can happen to you as a concert photographer. No pit, no 3 song rule, and no arguing with security guards. You’ll become a band member for an evening, working together with the artist to deliver your best work possible. My photos turned out pretty good and 59productions got in contact with me to get some of my Fink shots for their online showcase.

Half a year later, Fink announced their upcoming Austria tour in Salzburg, Tirol and Vorarlberg. Being a tour photographer for Shantel, Peter Gabriel and Elvis Costello the year before gave me enough confidence to ask Fink to join them. I got in contact with them again and their email answer was: „We’d be cool with you coming along on tour with us“. When I get these kinds of opportunities, I always try to experiment as much as possible with photography. Therefore, I got in contact with Fuji and they graciously offered to lend me two of their best prime lenses – a 35mm f1.4 and a 56mm f1.2 for my X-T1. In addition, I teamed up with Lomography and tested their analog Lomo Compact Automatic (LCA) 120 medium format camera. Equipped with all these gadgets and my concert photography workhorse Nikon D700 and various Nikon lenses, I took the train from Vienna to Salzburg to start the adventure.

The next 3 days with Fink was like meeting old friends. We had a lot of fun! I had access to all areas and was allowed to shoot whatever I wanted to shoot. My aim as a music photographer on tour is to not only cover the concerts, but document the band’s everyday life. For this purpose, I switched my big and clumsy Nikon gear for the Fuji X-T1 with the prime lenses ( I love these lenses!). This combo allows you to become almost invisible and people don’t feel like they are being chased by paparazzi. The most crucial point, as a tour photographer, is to make sure what you’re allowed to shoot. Don’t just start taking picture of everything and everyone without asking beforehand. It’s not good pissing people off right from the start. These Fink concerts were the best I have seen so far and the portrait session in the snow was the funniest one I’ve done so far! It was a great pleasure to work with Fink again. 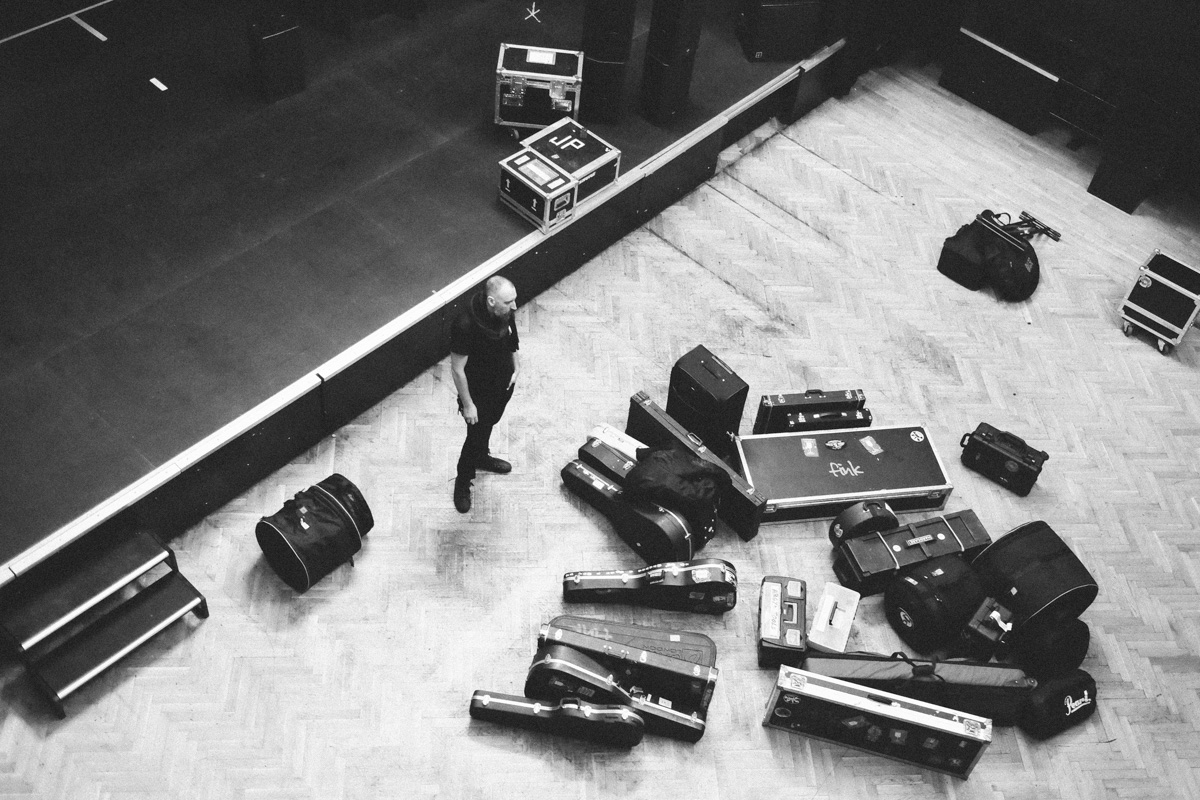 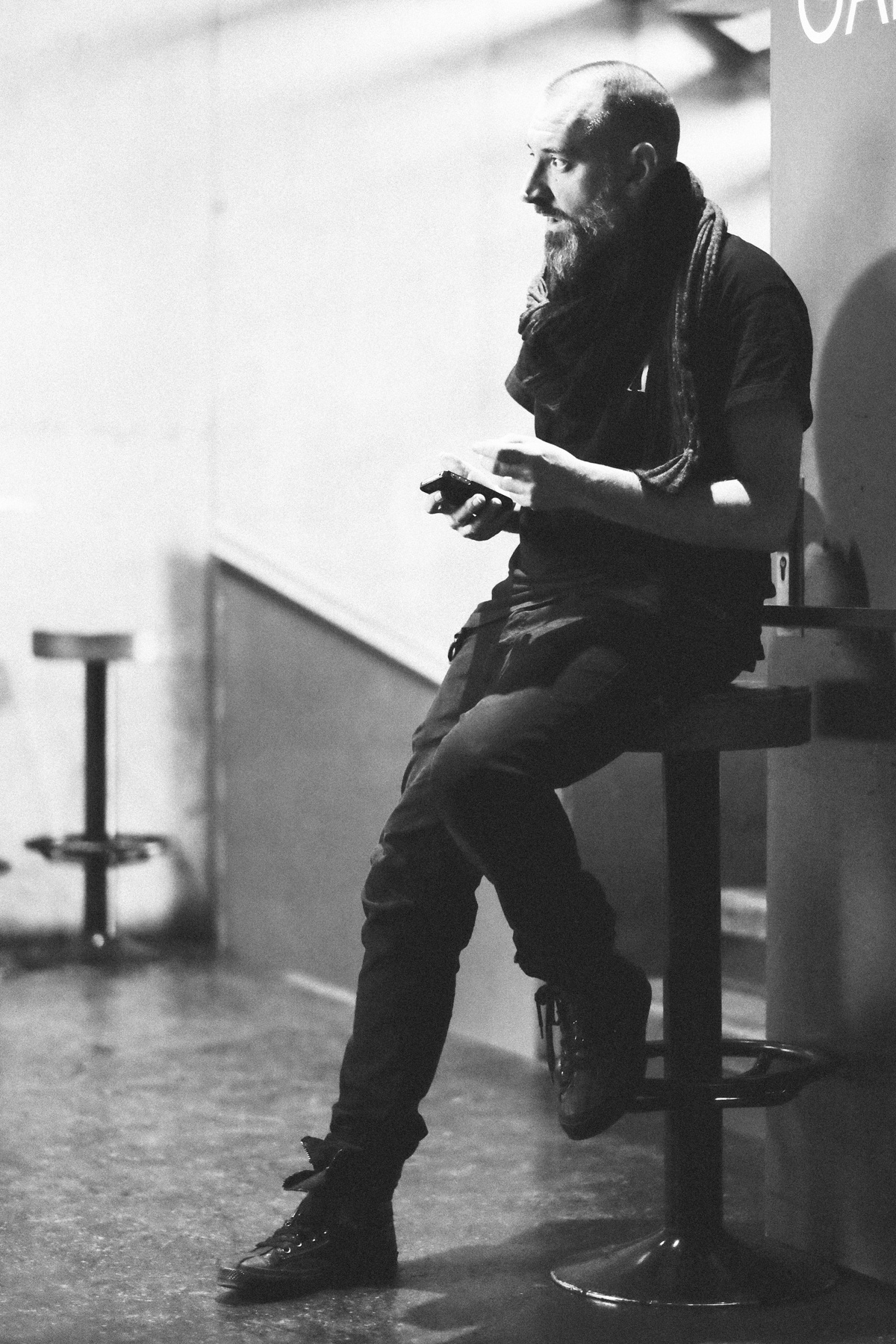 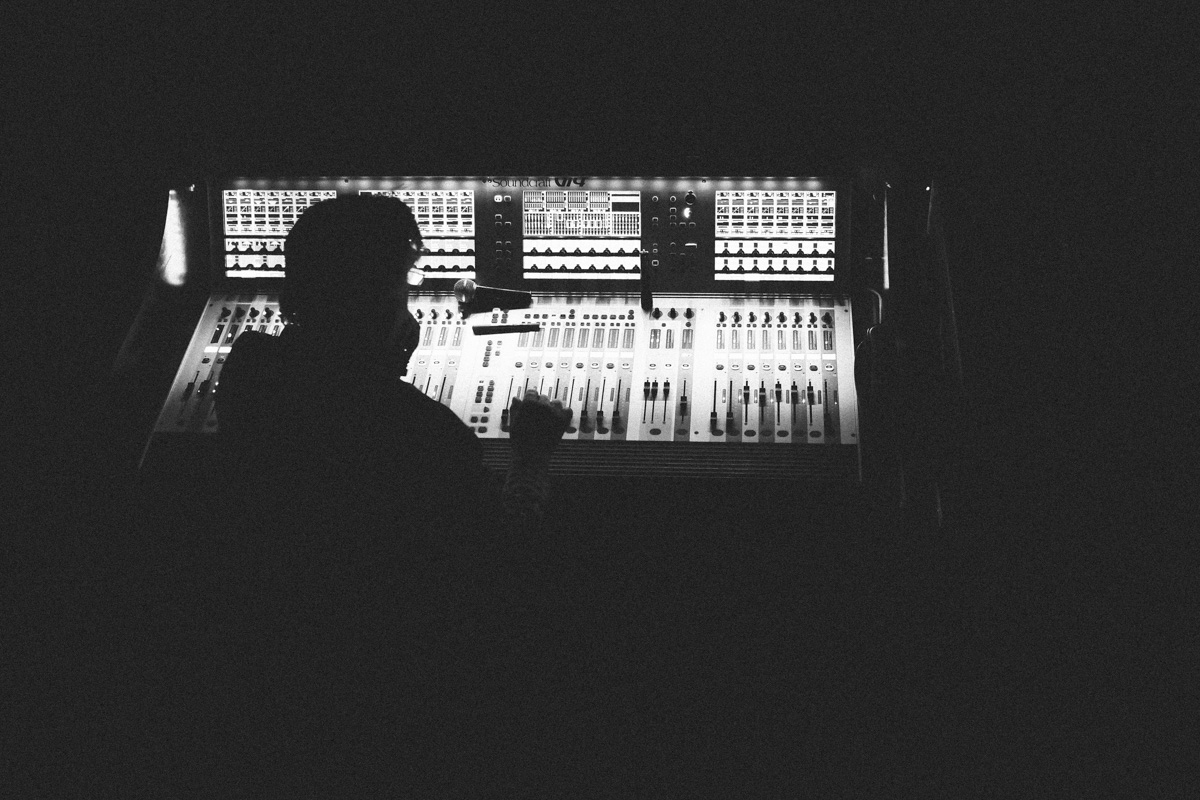 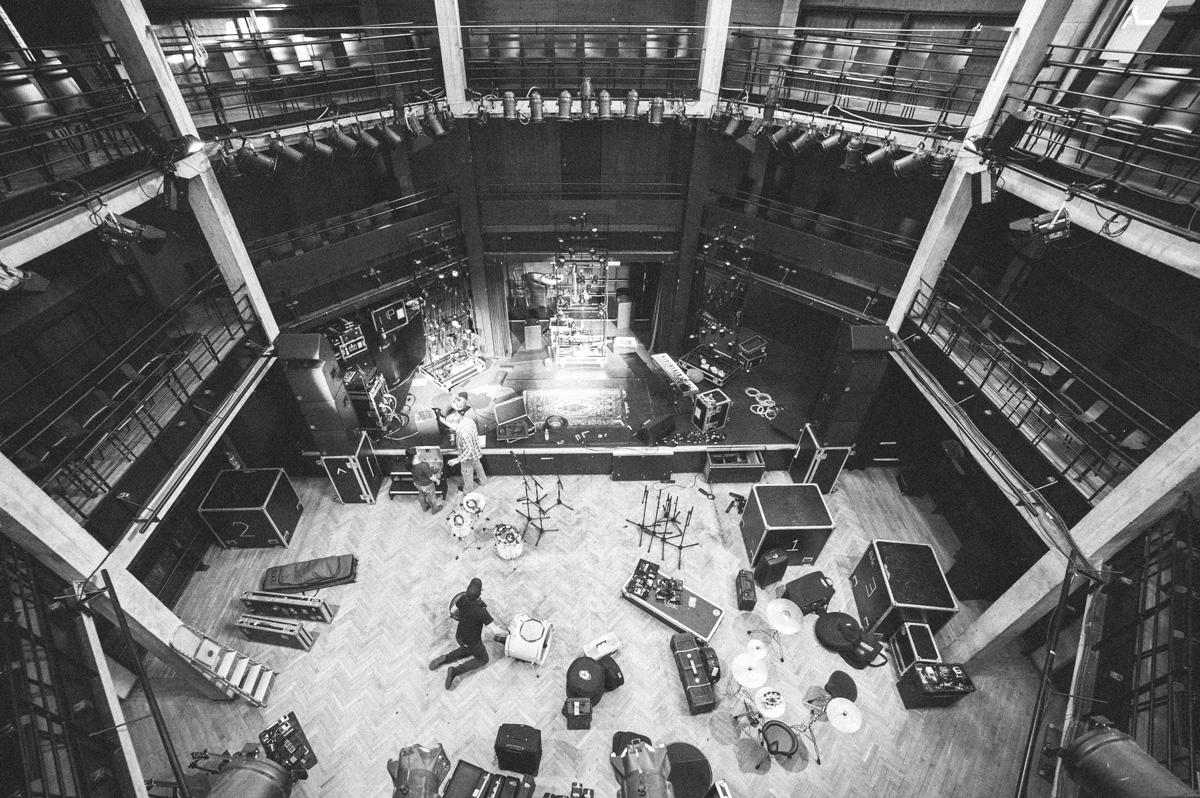 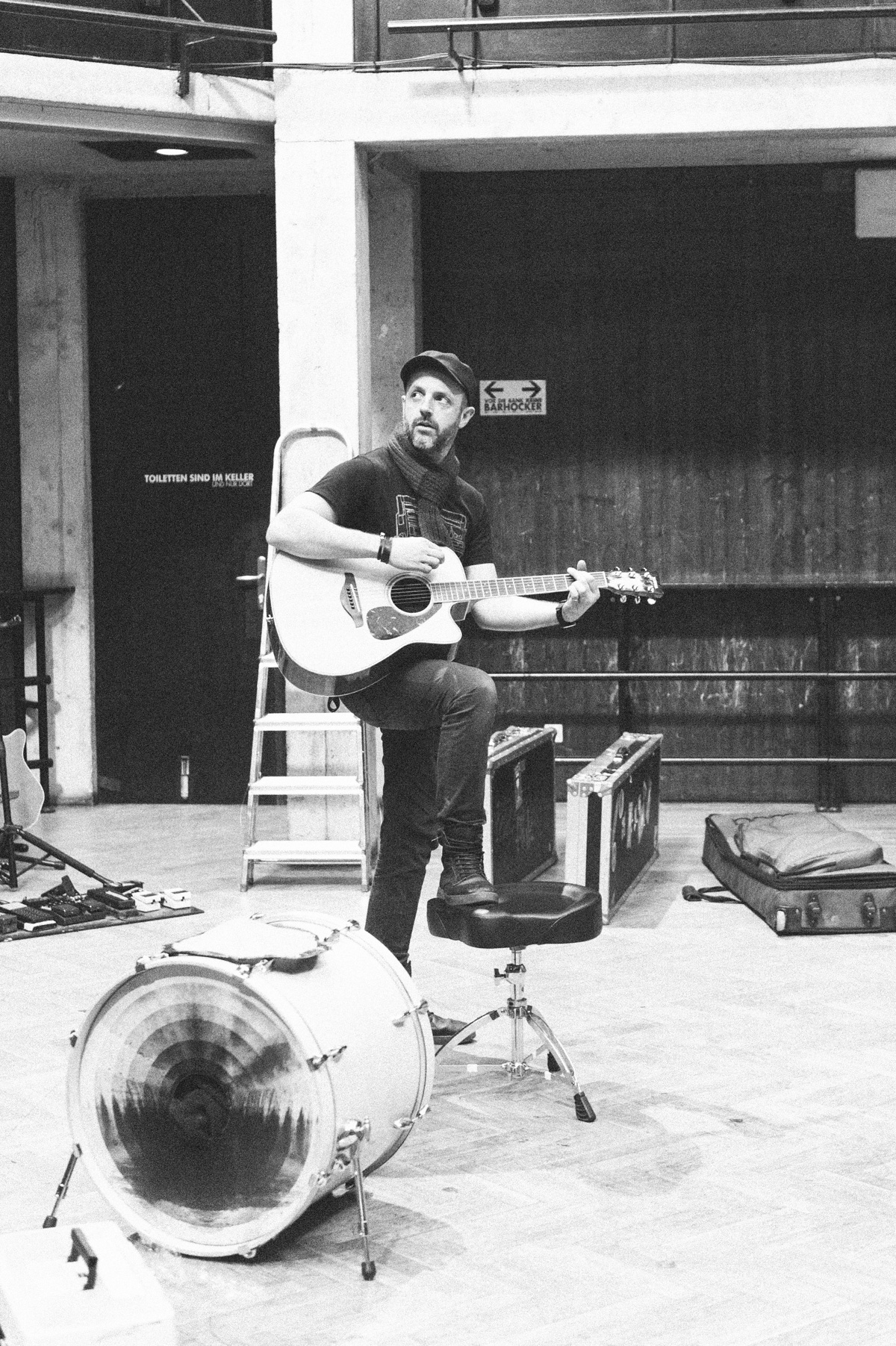 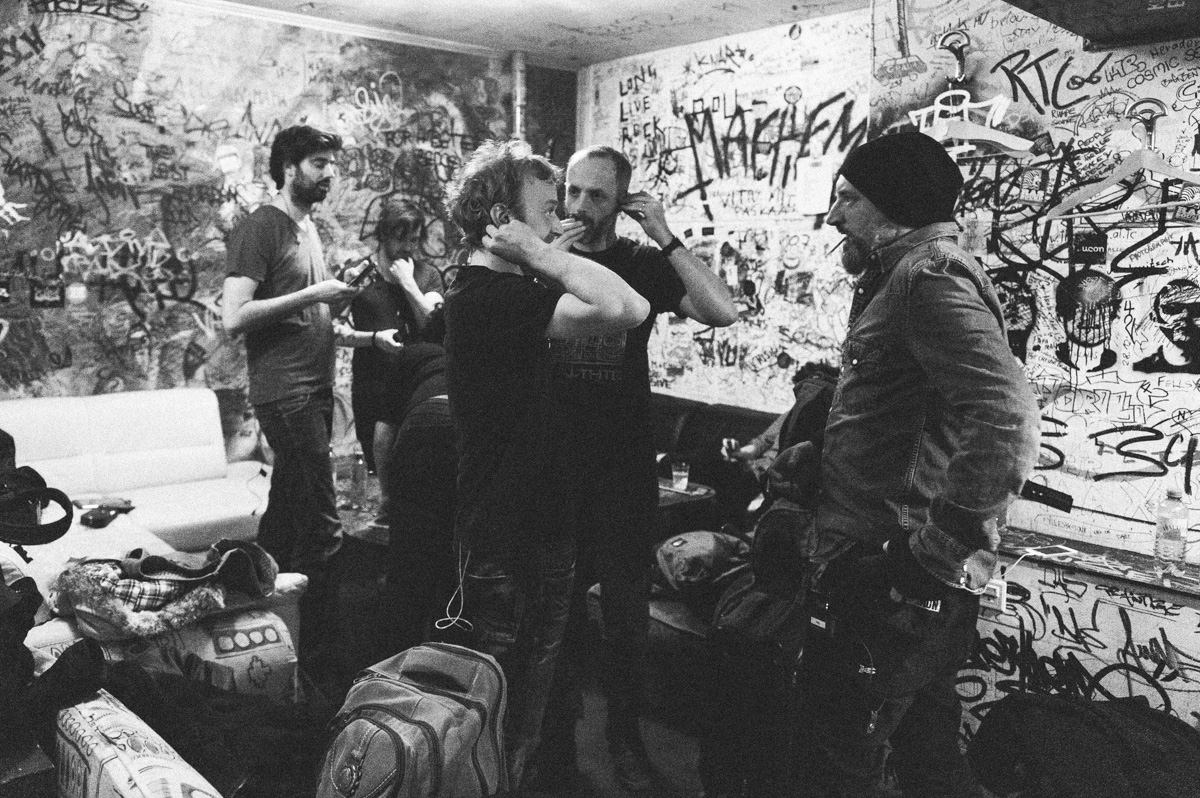 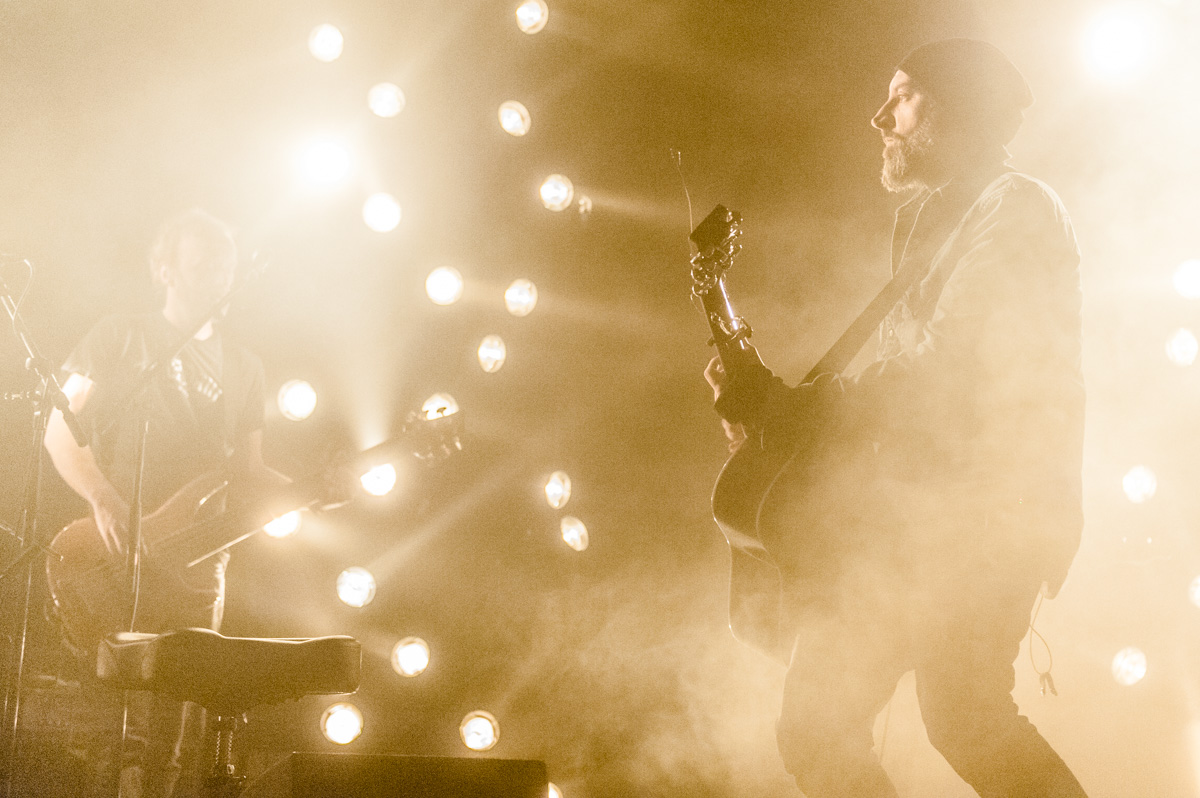 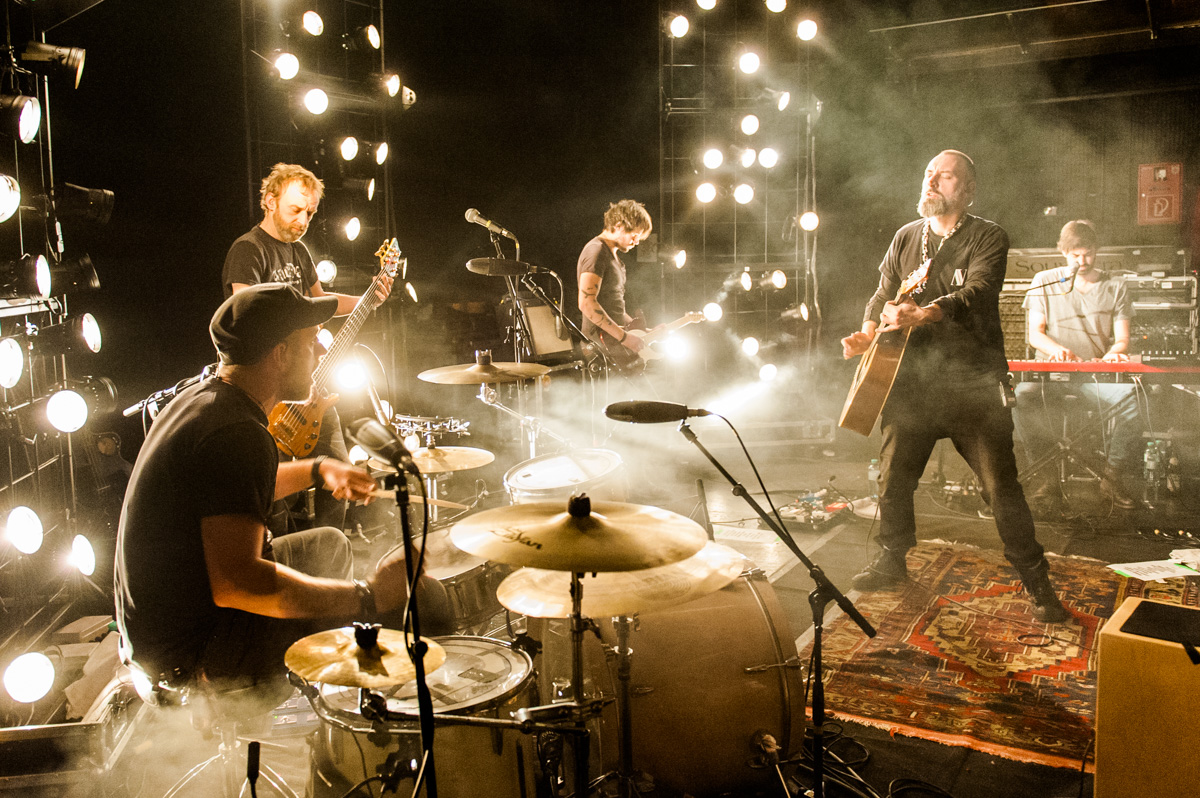 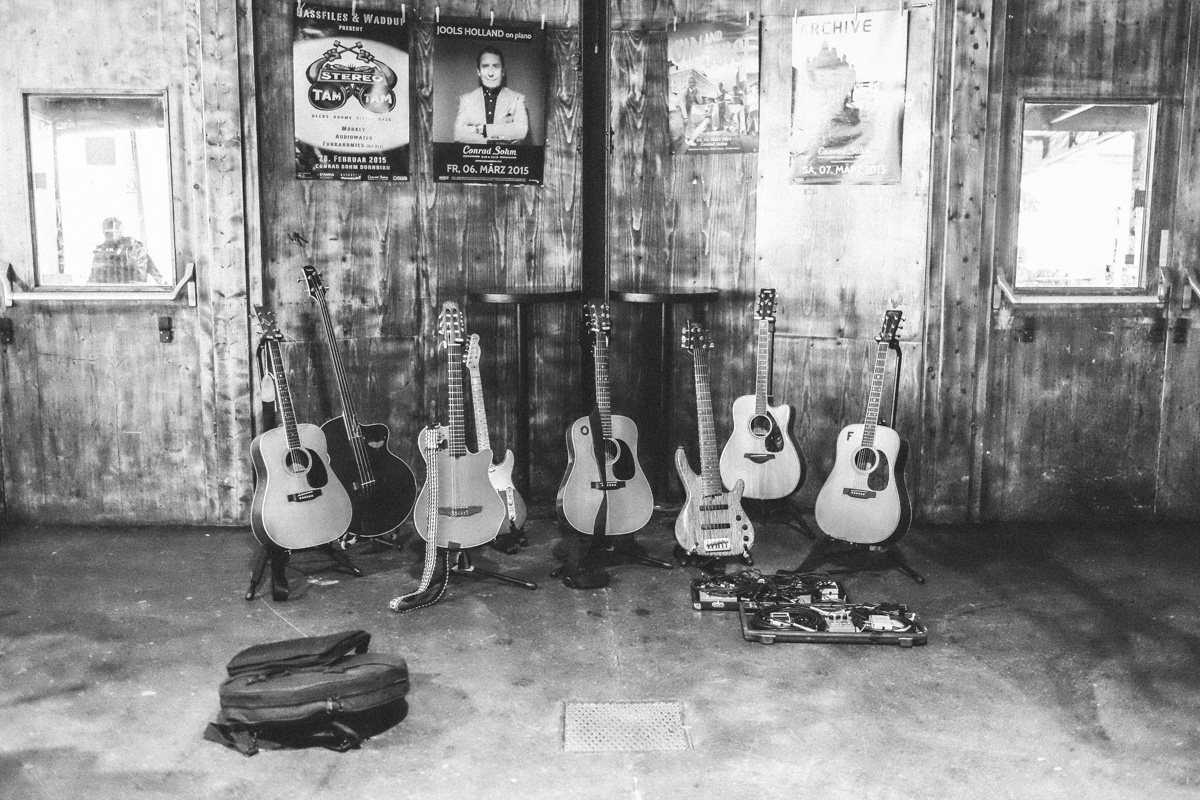 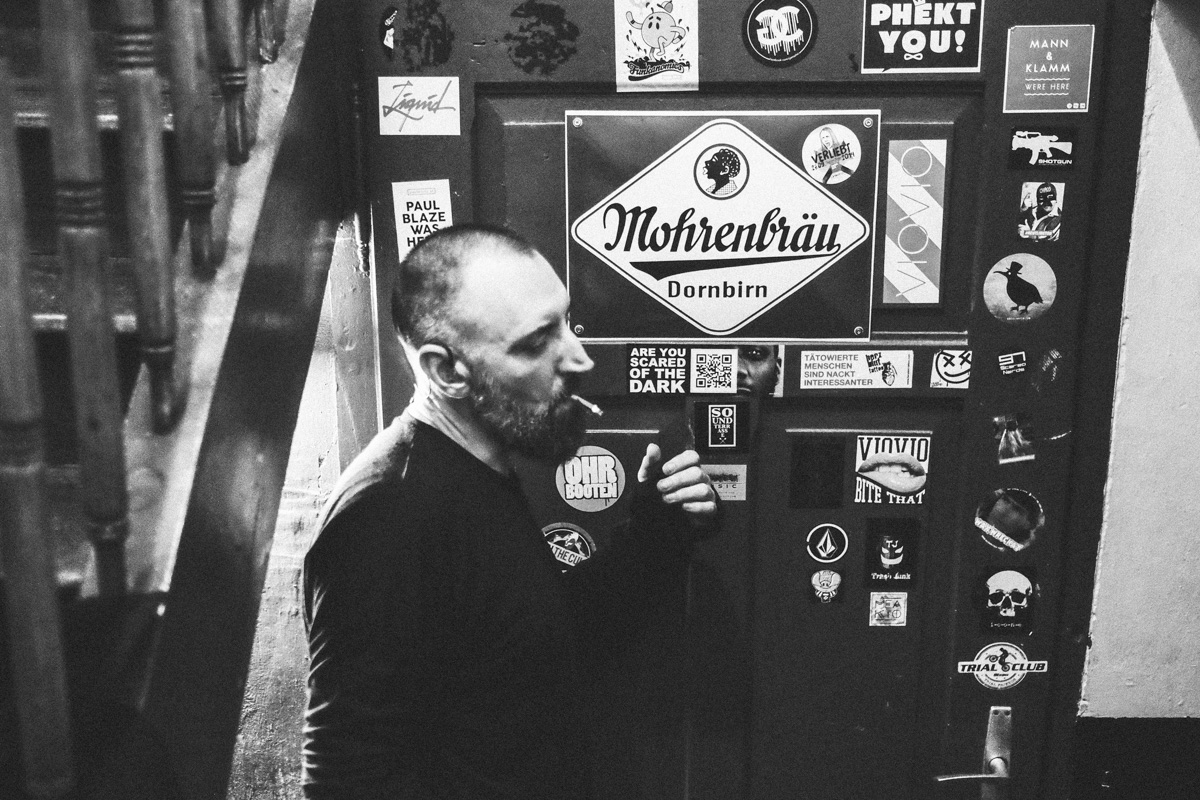 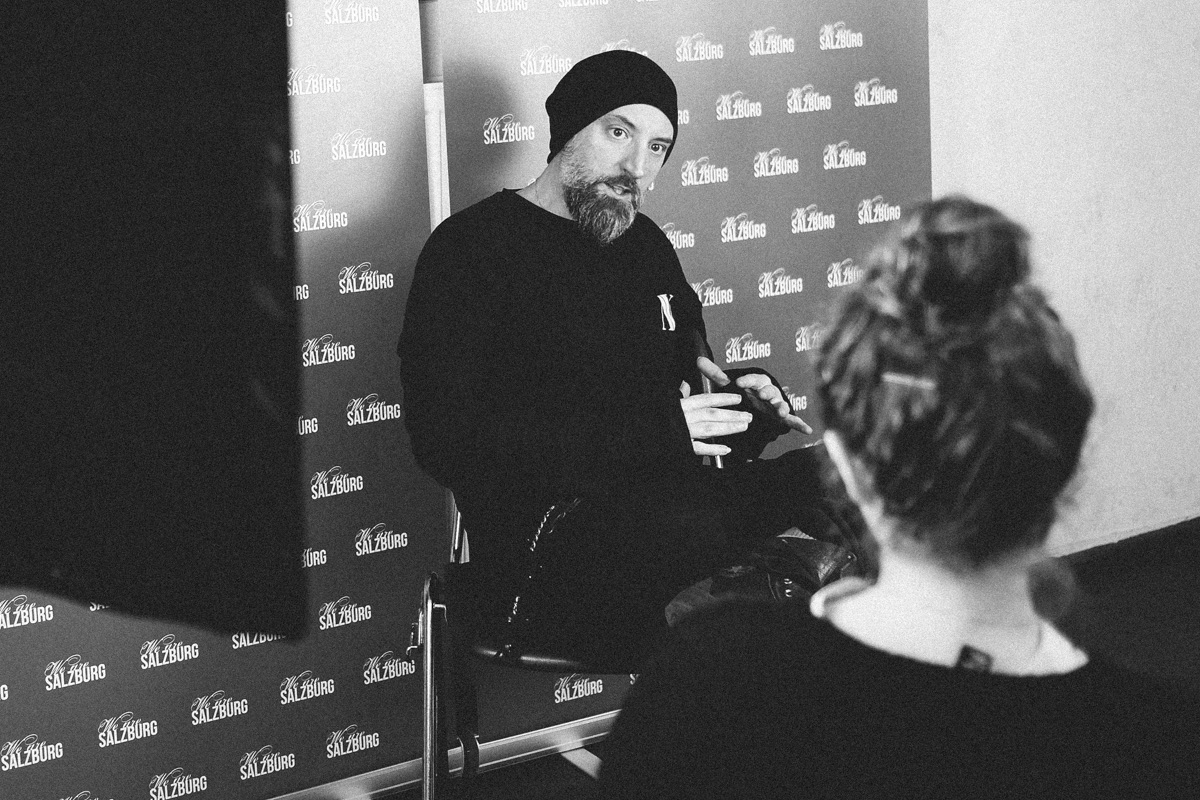 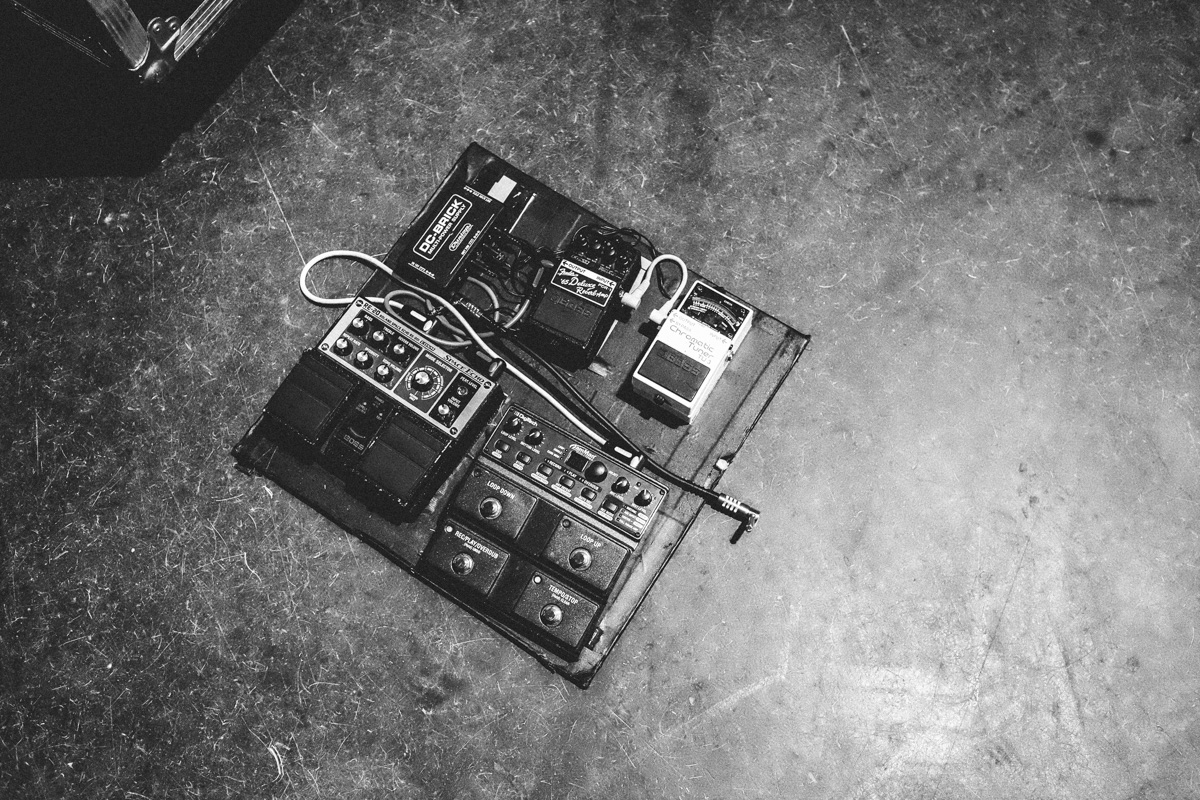 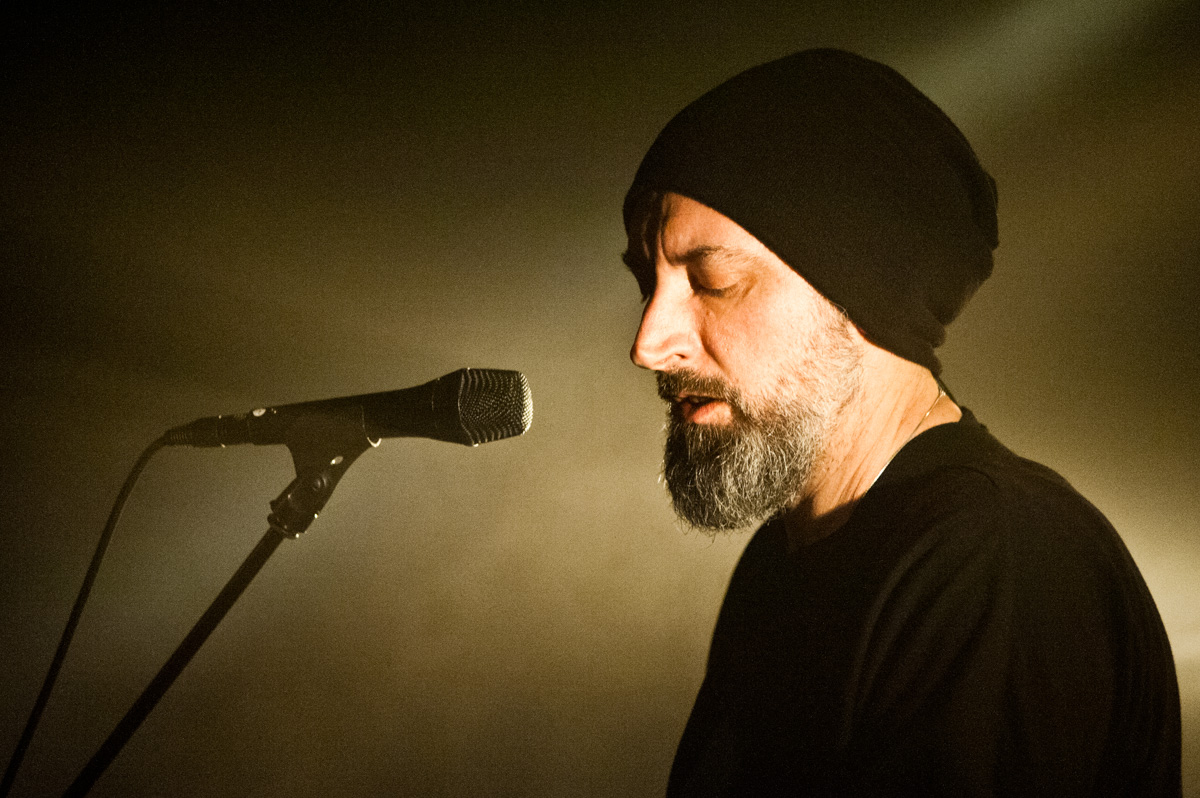 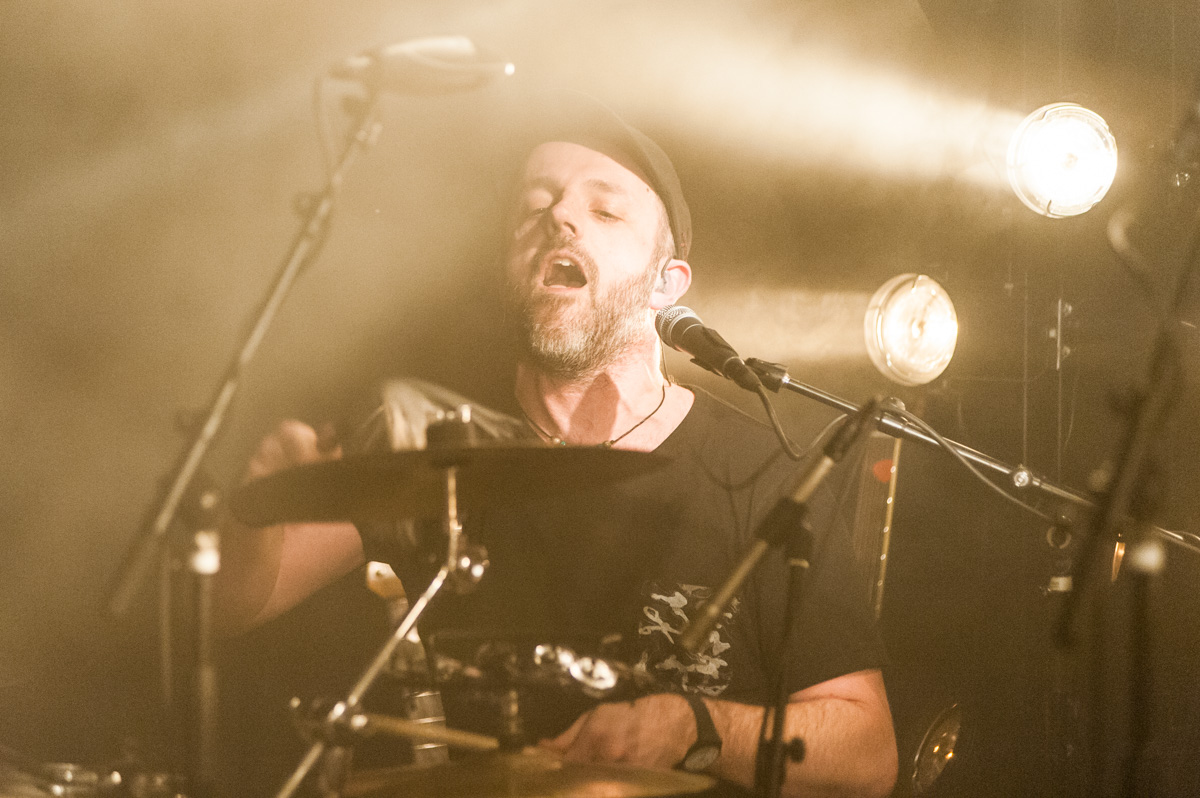 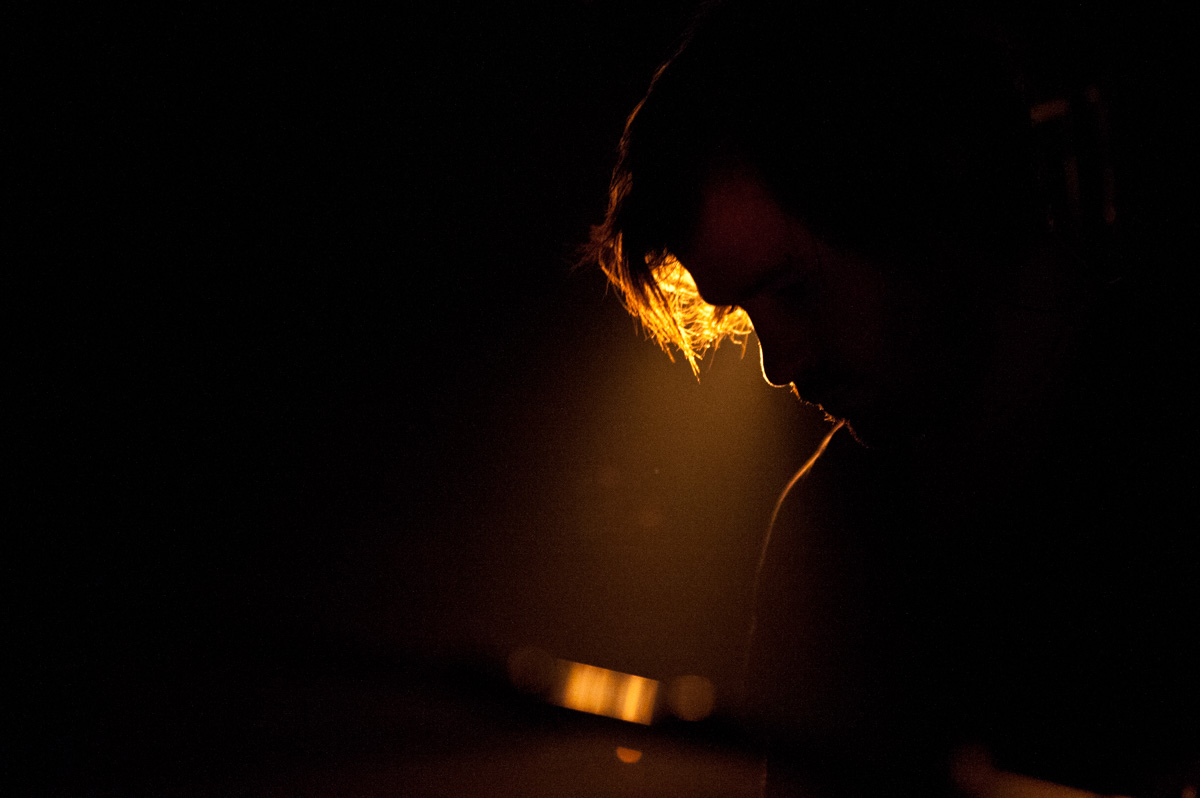 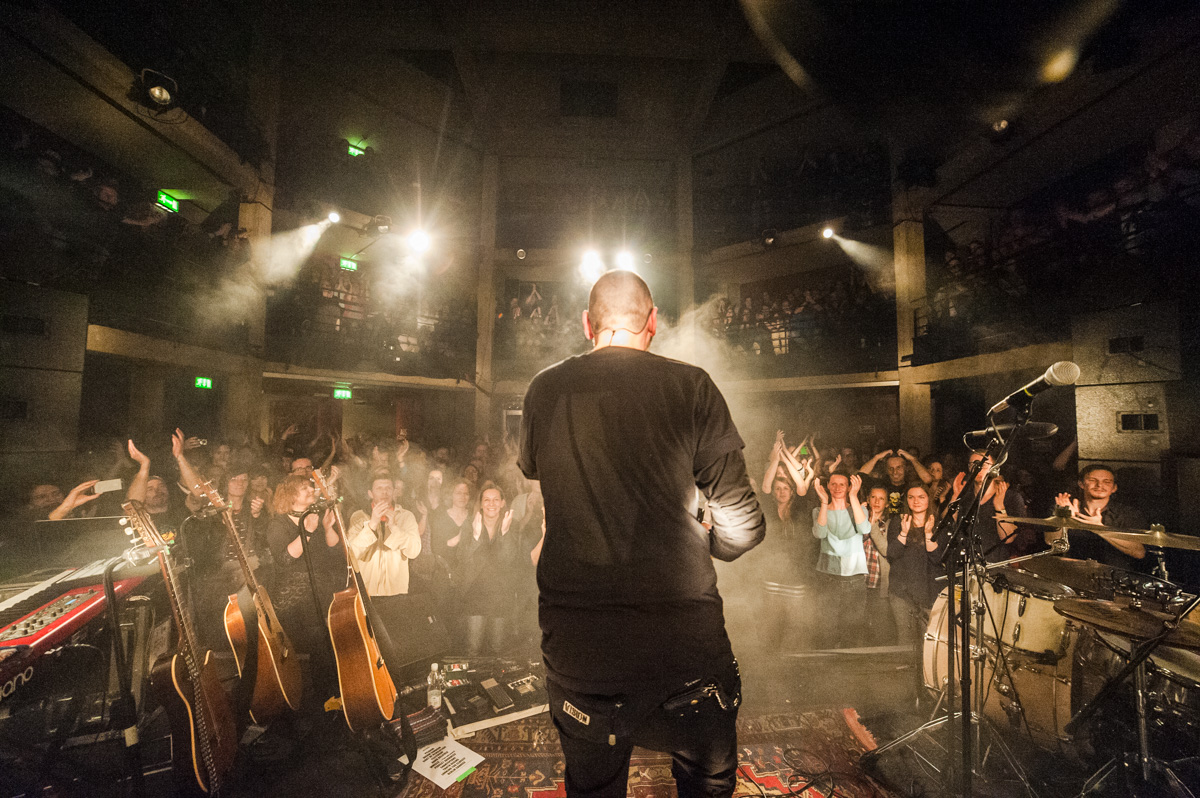 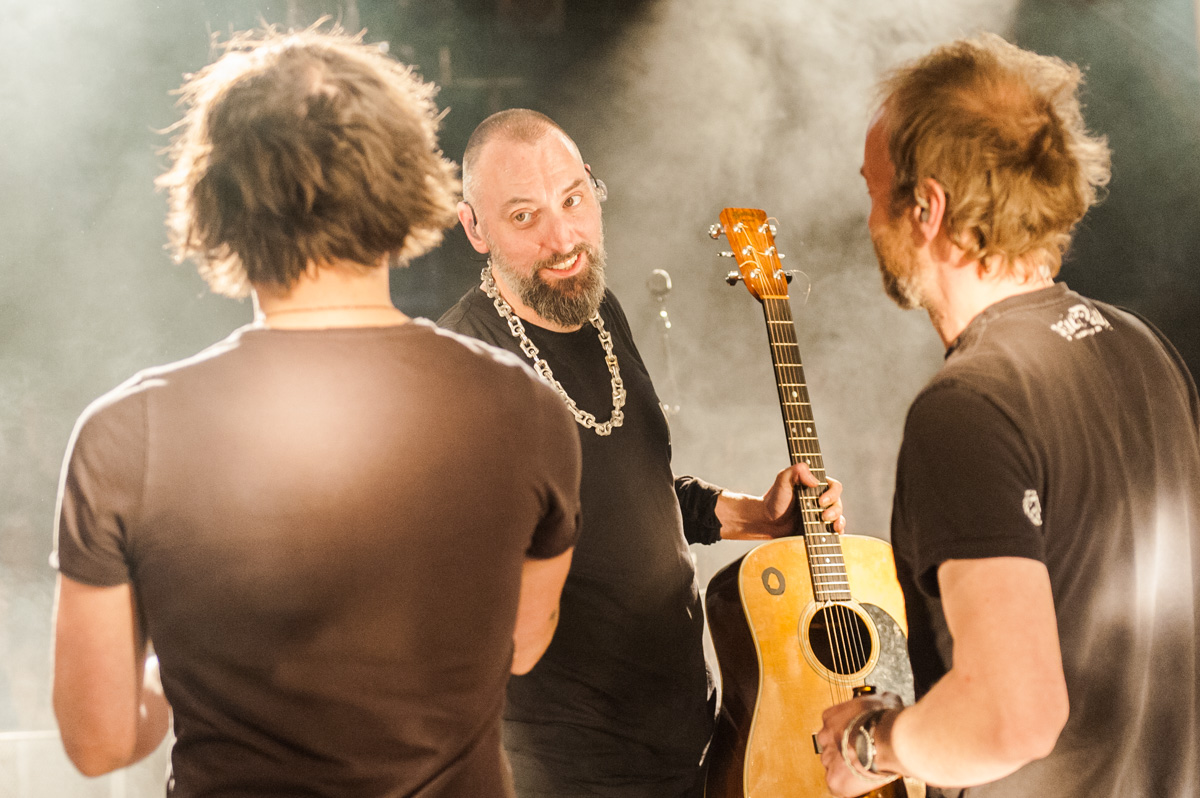 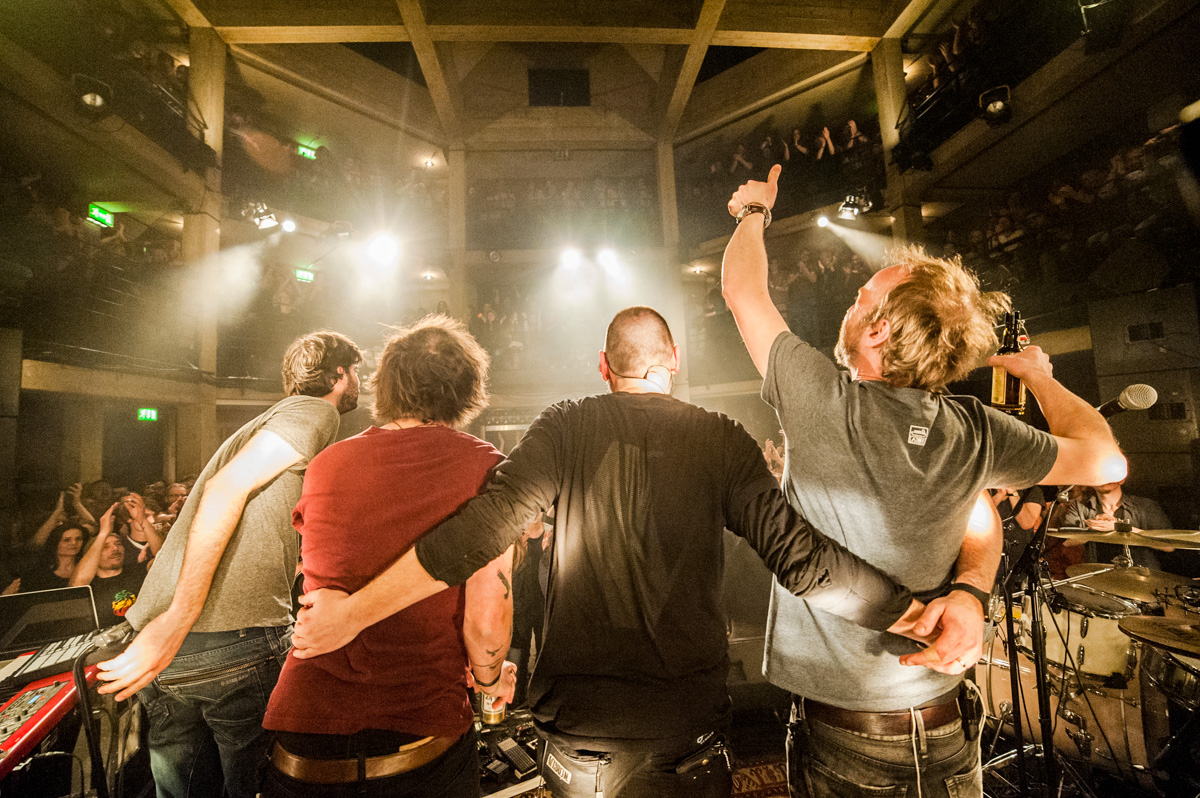 Tim and I also published a blog article about their Austrian tour in the Huffington Post UK here.

What band would you like to tour with? Let me know in the comments below.