Hi Leavitt! Thanks for agreeing to be interviewed.

Tell me a little bit about you. Where are you from and how did you get started as concert photographer?

I’m a 5’4 red head with purple streaks in my hair! I ride horses, play ultimate frisbee, love the TV show FRIENDS, eat chocolate of some variety more often than I probably should and I currently live in Phoenix, Arizona. I got started in concert photography completely by accident. I had just taken up photography when some friends asked if I would come shoot their show when they opened up for Wynonna Judd. I realized I understood low-light photography better than I realized, and was pretty much hooked on the music scene ever since!

Do you have any formal photography training or are you self educated?

I’m mostly self educated, however I’ve taken the time to attend workshops and get mentoring from some other professionals in the industry.

Did you shoot in small clubs or did you work with magazines to get press accreditations before you got in contact with my project?

I’ve shot in pretty much every venue in Phoenix from the big arenas, to the small clubs. However, I wanted to shoot more consistently in the bigger venues and struggled to get press accreditations. 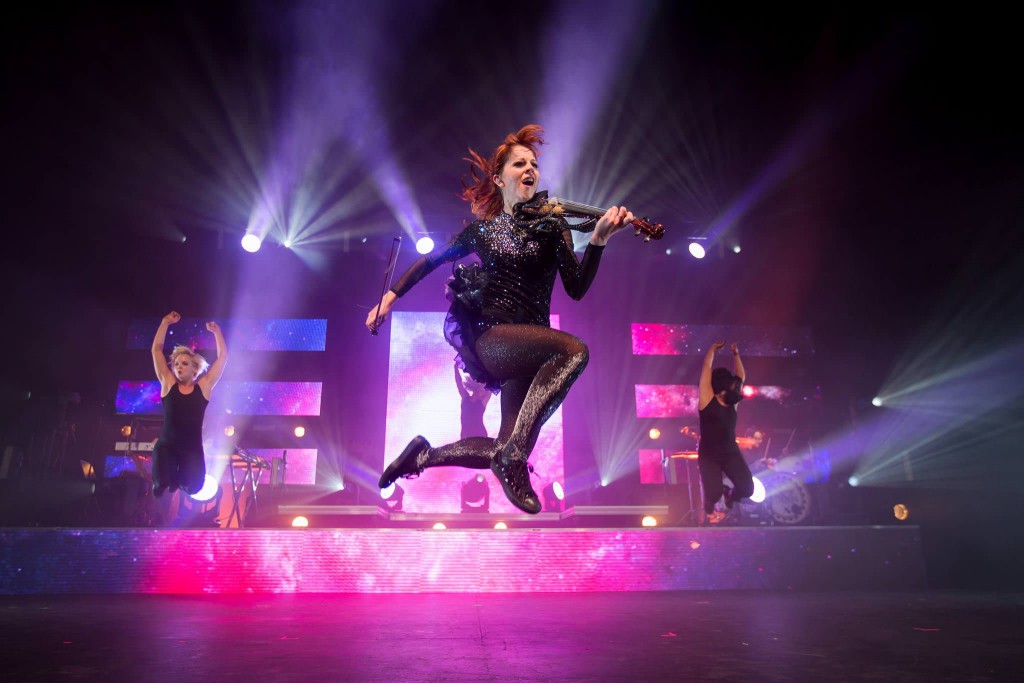 What was your biggest struggle as concert photographer?

My work wasn’t consistent and I didn’t know what my issues were. I wasn’t getting WOW shots, and in general, I felt like my work was just flat. I knew something was wrong, but I didn’t necessarily know what.

How did you find out about my project ‘How To Become A Rockstar Photographer’?

I think I read a blog post on Gig Photographer and they introduced HTBARP and you to me. I had been looking for current concert photography info, book, Facebook group and a mentor, and this seemed to fit exactly what I was looking for at the moment!

‘I soaked as much as I could in from How To Become A Rockstar Photographer. My work had already done a complete 180, and all of a sudden I went from having flat/boring images, to powerful images.’

What is the biggest benefit so far you have learned through my project?

It’s probably really silly, but it’s what made the biggest difference in my work. AI Servo, Shutter Speed (higher/faster!), paying attention to timing, researching your band before hand to knowing key points of their show, and changing your focus point when appropriate. 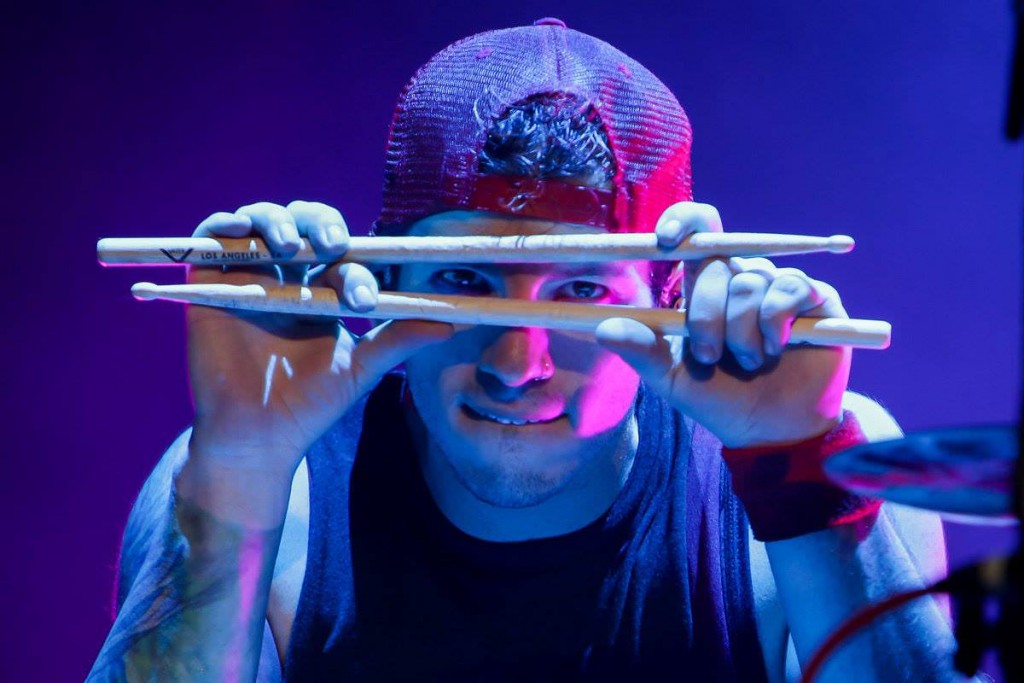 What camera gear are you using?

I use a ton of think tank products as well. I own a ton of their bags and other gadgets. I personally really love them.

For carrying my gear, Iíve been switching between a holdfast money maker (I really do love it!) and the spider dual holster with think tank bags on the bag for easy lens exchanges or carrying things that I need. This has been taking the weight off my shoulders and back lately, which thank me each night I climb into bed after a show. The ONLY drawback to using the holster, is that I don’t have assurance that I’m not going to accidentally drop a camera and I have to make sure they’re locked in properly instead of just letting them down like I do with a harness system. Iím finding you can’t have it all unfortunately.

You were touring with Imagine Dragons. With more 460 Mil views on youtube they are one of the big shots nowadays. How did you get in contact with them and how was it to work with these guys?

I started working with ID when they were just starting out. I actually grew up with Dan Reynolds who is the lead singer in Las Vegas. His family and I were apart of the same church group and his sister and I are the same age. I then shot a friend of theirs and their manager reached out asking who did their photos. My friend referred us to each other knowing that we could ‘scratch each other’s backs’ sort of speak. When I came to one of their shows, Dan and I realized we knew each other (had no idea what he was doing in his life up to this point), and it just went from there.

The guys are great. They are so giving, friendly, relaxed and love to pull pranks. They are also constantly writing and creating, which pushes anyone whoís around them, to keep honing their own craft. 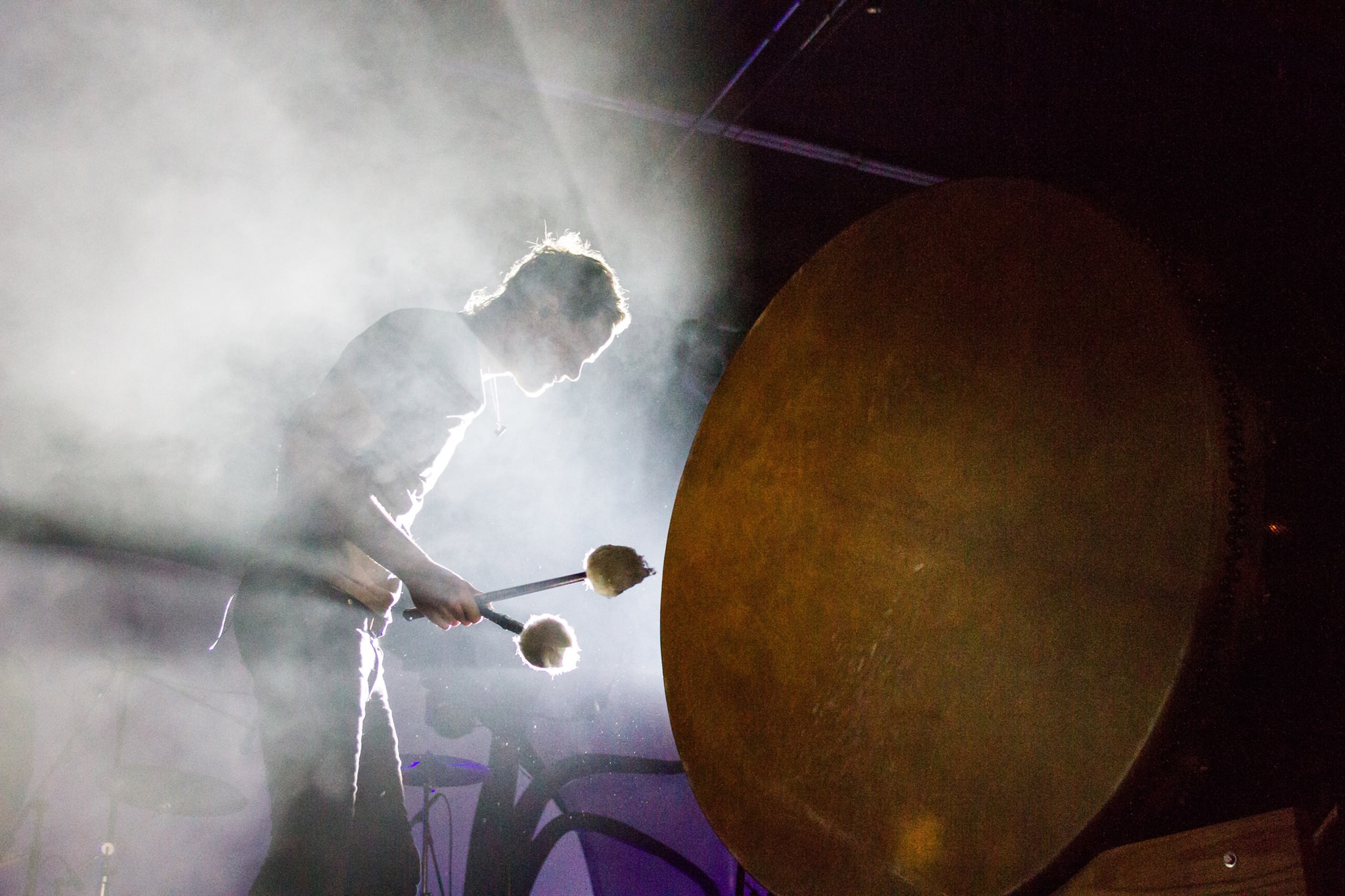 What is the difference for you when shooting in the photo pit vs. on stage?

When I’m on stage, it’s having to figure out how to get more creative, capture the back side of the movement and staying out of the way, not to mention, not to trip over cables and other things! On stage provides more challenges and requires me to think my shots through more.
I find that I can get cool shots on stage, but I actually prefer to be in the pit or in the middle of the crowd if I can. I think I’m just more comfortable in the pit.

What other music photographer do you admire and why?

I’ve been very lucky that just about any other music photographer I’ve been drawn to, has become my mentor and I have a personal relationship with them. I love working with Erik Kabik, who is also known as Mr. Vegas. He shoots all over vegas and for various venues. He’s been a huge asset and has brought me out to work for him a few times. Each time he also teaches me how I can shoot something better, or gives me a different view point on an image that I was thinking I should trash.

I also love working and talking with Brian Freedman. He’s another photographer and is the photographer for iHeart Radio. He always seems to reach out to me at the times when I need it most and gives me guidance on just about everything. He explains a lot of things that I feel people try to avoid sharing. They’re not bad things, but realities people don’t talk about. I understand that not everyone shares their secrets, so maybe for me it’s that I ask the right questions and he’s willing to share with me. 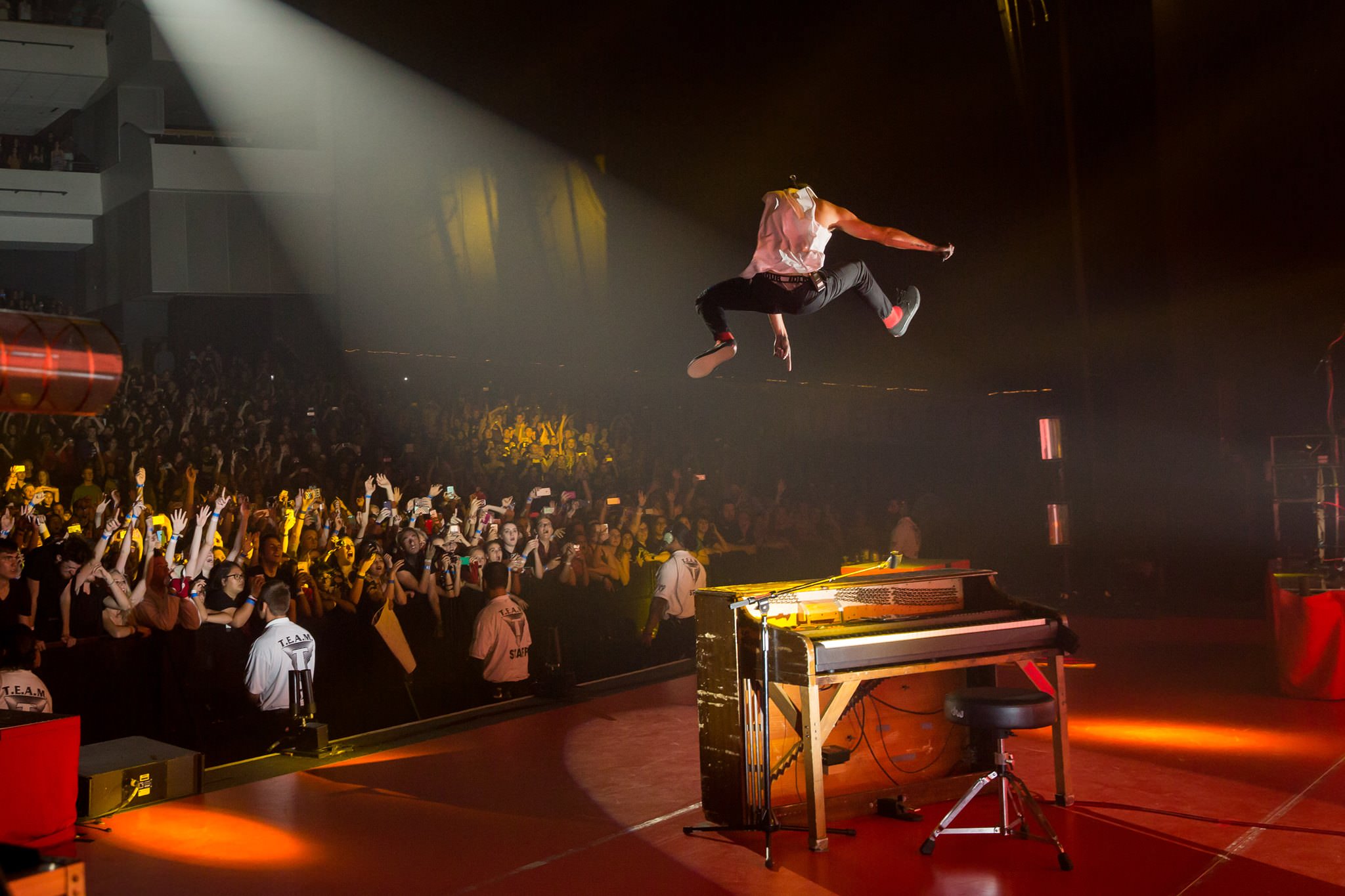 Has HTBARP helped you to become a better concert photographer?

I read the blog and watched Shooting The Rockstars and shot a show within a week of each other. I soaked as much as I could in. Things like watching/changing your focus points, shooting on a wide lens when possible, having appropriate shutter speed, and a few other things, within ONE show, my work had already done a complete 180, and all of a sudden I went from having flat/boring images, to powerful images.

How do you like our community in my secret FB group (which is part of my academy Shooting The Rockstars)? In your opinion, what makes this group stand out from other concert photography groups?

I LOVEEEEEEE the fb group. I love that it’s so personal and that you get to know a lot of people in different stages. It’s great to know I have a safe place to post photos for CC, to get feedback and to ask questions. I think what makes the group better is that it isn’t a bash fest. I feel like so many of the other groups just bash on people because they don’t know something or don’t do something right. This group TEACHES. Everyone is aware that not everyone has the same access or gear, but there are ways everyone can be better and learn, even the most seasoned pros!

‘If anyone is serious about wanting to get into concert photography, I direct everyone here. It’s simple and straight forward. I love it!’

TOURING!!!! That’s the goal anyways. Currently talking and working with a few artists/bands about this summer/fall. I’m also finally able to start charging what I really want and if I can’t get what I want, then I’m walking away. Iíve got enough that I know what I want and how to go after it.

I’m also, with the support and encouragement of Brian Freedman, going to start shooting weddings/engagements on the side. I never wanted to do them because I thought I’d miss important moments. When I told Brian this he said ‘You mean to tell me that you can catch a guy jumping in the air with his guitar, but you’re scared you’re going to miss a first kiss?’ I quickly changed my tune to that one! (side note: Brian also shoots weddings in NYC where he lives. He said it’s his fill for when concerts get low and that’s why he encouraged me to do it.)

I’ve been very careful to not confuse my clients with the different work that I do, but I’m also finding a lot of people want me to photograph their wedding them because they want to be photographed by the photographer that shoots the bands and celebrities I get to work with. It’s name recognition, which is a neat thing. (side note: that’s a lot of photograph and photographer in one sentence.)

Would you recommend my site to a friend who is interested in concert photography?

I do recommend it! I tell a lot of my friends/colleagues about it. If anyone is serious about wanting to get into concert photography, I direct everyone here. It’s simple and straight forward. I love it!